Peterborough police have arrested and charged a 28-year-old Havelock man with three counts of indecent acts following an incident on Wednesday afternoon (September 2) in Jackson Park in Peterborough.

Shortly before 2 p.m. on Wednesday, police were dispatched to Jackson Park responding to reports of a man had exposed himself to three separate victims walking along the trail.

Officers located the man, who was still in the park.

As a result of the investigation, police have arrested and charged 28-year-old Ivan John Dawson of Havelock with three counts of an indecent act in a public place and three counts of failure to comply with probation.

Dawson was held in custody and is scheduled to appear in court later on Thursday (September 3).

This is the second recent incident in Jackson Park. On August 17th, a woman was attacked by a man while she was walking along the trail.

As a result of that incident, police arrested and charged 29-year-old Corby Charles Dewitt of McDonnel Street in Peterborough with sexual assault, kidnapping, uttering threats to cause death, assault, and choking to overcome resistance. 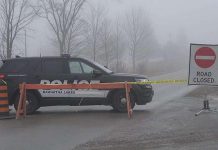 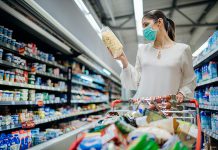 Peterborough health officials and politicians urge residents to ask ‘Do I need it now or can it wait?’

SIU has yet to interview the three officers who discharged their...

kawarthaNOW - January 15, 2021
November 26 confrontation left a 33-year-old man fatally wounded and his infant son dead at the scene from a gunshot wound .