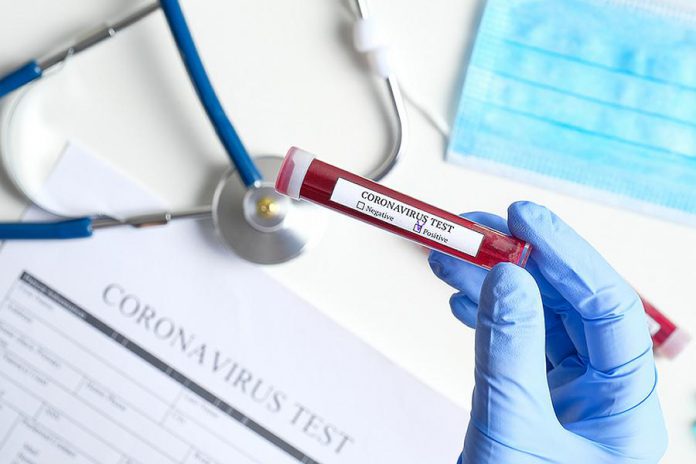 In the fourth day of the provincial shutdown, Ontario is reporting 3,065 new COVID-19 cases with 8 health units now reporting triple-digit increases and the seven-day average of daily cases increasing by 104 to 2,862. There are 30 more confirmed cases of the B.1.1.7 UK variant and 3 more cases of the P.1 Brazilian variant.

The percentage of active cases continues to increase and the positivity rate has climbed to 8.9%. Hospitalizations, ICU admissions, and the number of people on ventilators all continue to increase, although the number of new deaths has declined.

At a media conference earlier today, Ontario Premier Doug Ford said there would be an announcement on Wednesday (April 7) regarding further public health restrictions.

In the greater Kawarthas region, there are 78 new cases to report and an additional 31 cases resolved, with the number of active cases spiking by 46 to 319. See below for detailed numbers from each regional health unit.

Ontario is reporting 8 new COVID-19 deaths, with no new deaths in long-term care homes. Ontario has averaged 15 new daily deaths over the past week, a decrease of 1 from yesterday.

In the greater Kawarthas region, there are 78 new cases to report, including 41 in Northumberland, 19 in Hastings Prince Edward, 13 in Peterborough, 3 in Kawartha Lakes, and 2 in Haliburton.

Outbreaks have been declared at The Richmond Retirement Residence in Belleville, St. Mary Catholic Secondary School in Cobourg, and Timber House Resort in Brighton.

There are 49 new regional cases of presumed variants of concern, including 28 in Peterborough, 10 in Northumberland, 6 in Hastings Prince Edward, and 5 in Kawartha Lakes.

An additional 31 cases have been resolved, including 11 in Northumberland, 8 in Hastings Prince Edward, 8 in Kawartha Lakes, 3 in Haliburton, and 1 in Peterborough. An outbreak at Golden Plough Lodge in Cobourg was declared over on April 6, with a single confirmed positive case in one staff member resolved with no transmission to residents or other staff.

There are currently 319 active cases in the greater Kawarthas region, an increase of 46 from yesterday, including 148 in Hastings Prince Edward (57 in Quinte West, 52 in Belleville, 6 in Tyendinaga & Deseronto, 12 in Prince Edward County, 17 in Central Hastings, and 1 in North Hastings), 79 in Peterborough, 63 in Northumberland, 22 in Kawartha Lakes, and 7 in Haliburton.

*As of April 6, Peterborough Regional Health Centre is reporting 11 patients hospitalized with COVID-19 (increase of at least 2) and 27 patients transferred from other areas as a result of a provincial directive (increase of 2).

The health unit provides reports from Monday to Saturday, excluding Sundays and statutory holidays. These numbers are from April 4 to 6.

***This total includes an additional 46 high-risk contacts directly followed up through the Public Health Ontario contact tracing process that are missing the contacts’ county.

****As of April 6, Ross Memorial Hospital in Lindsay reports 2 patients hospitalized with COVID-19 (no change).

*An outbreak at The Richmond Retirement Residence in Belleville was declared on April 6.

**As more than 10% of hospitals did not submit data for this report, the actual number of hospitalizations may be higher than reported.