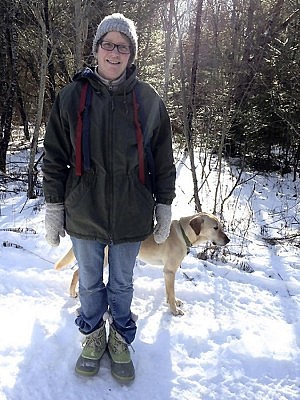 Last December, Valerie Strain and a friend were walking along a public snowmobile trail on Crown land just north of Peterborough, with her two yellow labs. One of the dogs, George, was killed by a baited conibear trap set beside the trail.

Ontario’s Ministry of Natural Resources and Forestry (MNRF) has investigated the death and said the trapper broke no laws.

“How can it be completely legal to put a lethal, baited trap right on a public trail?” she asks. “It was bad enough with my pet. What if I’d been walking with a child?”

Strain and her family are heartbroken over the loss of George, who died a slow death from the trap that day. She wants to see changes in the laws to require that the traps be set back a minimum distance from public areas and that signs are posted to alert the public when they are entering a trapped area.

“If the trap had been a few hundred feet off the trail, George would not have picked up the scent of the bait,” Strain explains. “I never would have taken the dogs there if I had known the danger.”

But Ontario’s laws don’t require any minimum setbacks or signage of any kind. Traps can be set year-round on registered traplines on Crown land and in provincial parks, including where the traplines cross public trails.

The type of trap that killed George, a conibear trap, is typically used to catch fur-bearing animals. These traps exert 90 pounds of pressure and are designed to kill, not just trap. Bait is used to lure animals into them.

“There was no way we could get that trap off George’s throat,” Strain recalls. “It was essentially a loaded weapon, half-buried in the snow.”

Over the past month, tens of thousands of Canadians signed the petition and left comments supporting the initiative. Many told their own stories about losing pets to traps.

Strain says she is pleased that Mauro has asked the MNRF’s Human-Wildlife Conflict Advisory Group to review the issue and make recommendations.

“That’s very encouraging,” Strain says. “We believe that what we’re asking for is simple and fair. How can anyone out hiking, snowmobiling or camping be sure that this won’t happen to their pet or their child? We need to know where traplines are.”

Strain’s petition, which has more than 45,000 signatures, is at www.change.org/notrapsontrails.

If you’re walking your dog on a public trail, the best way to prevent a tragedy like this is to keep your dog leashed at all times.

It’s a punishable offense under Ontario’s Fish and Wildlife Conservation Act to interfere with legal trapping, including by tampering with a trap or by chasing animals away from a trap.

If you do see a conibear trap, do not attempt to remove it or disarm it; instead, contact MNRF for further information (they can advise if the trap is legally or illegally placed).

How to release your dog from a Conibear trap 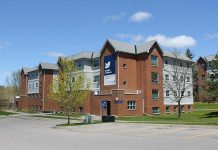 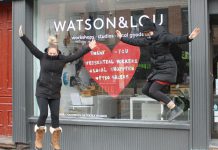