Home Lifestyle & Family It’s time to “fall back” this weekend

Daylight Saving Time (DST), also known as “summer time”, comes to an end at 2 a.m. on Sunday, November 1st. Most of us welcome gaining an extra hour of sleep in the fall — but it’s not without its drawbacks.

Canadian provinces that observe DST followed suit to avoid issues with economic and social interaction with the U.S. Interestingly, the U.S. Congress reserves the right to revert back to pre-2007 schedule if the change doesn’t result in energy savings.

Although it’s commonly thought Benjamin Franklin came up with the idea, it was actually New Zealand entomologist George Hudson who in 1895 proposed a two-hour shift in the clocks (he wanted more daylight to collect insects).

The first governments to implement DST were Germany and Austria-Hungary in 1916, as a way to conserve coal during World War I. Britain and most other European countries adopted it shortly after, and the United States and Canada adopted it in 1918.

While the evidence is mixed, some research finds that “springing forward” increases heart attacks and traffic accidents but not “falling back”. Other research has found that “falling back” results in more accidents involving pedestians.

In any case, moving clocks forward or backward changes our exposure to daylight and affects our circadian rhythm — the body’s natural internal clock. Gaining an extra hour of sleep can actually make you feel “jet lagged”.

Tips for coping with the time change

It can take up to a week to adjust your internal clock to the shift in daylight hours. Here are some suggestions for how you and your family can adapt more quickly to the time change: 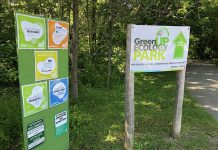 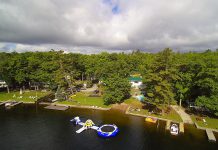 Stay safe and support local at Beachwood Resort in Selwyn 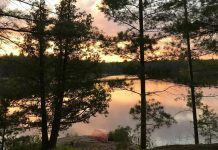