The City of Peterborough is celebrating the addition of six new accessible buses to the Peterborough Transit fleet, thanks in part to federal gas tax funding.

Peterborough Mayor Daryl Bennett and the Honourable Maryam Monsef, Minister of Democratic Institutions and Member of Parliament for Peterborough-Kawartha, made the announcement at a celebratory event earlier today.

“Through the federal Gas Tax Fund, we are enabling communities across the country to make informed decisions about their infrastructure investments and how best to spend federal dollars.”

“In the City of Peterborough, we are achieving our goal of making 100% of our transit buses accessible by 2018, eliminating barriers to encourage more people to use this substantial public service.”

The six buses cost a total of $3.2 million, with $1.6 million in funding coming from the federal gas tax fund. The first three buses were delivered last summer, and the second three in the fall. The buses were built in Canada and meet 2015 EPA engine emission standards.

Since 2005, the City of Peterborough has received over $39 million from the federal gas tax fund and currently receives around $4.7 million each year.

In addition to the purchase of new transit buses, the funds have been used for various community improvement projects including rehabilitation of Lansdowne St. West, the Hunter Street Bridge Project, and various road resurfacing and trail development projects. 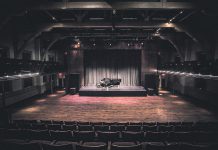