The Government of Ontario will be contributing $71 million towards an initiative to fill gaps in cellular coverage in eastern Ontario.

The funding was formally announced at an event in Belleville yesterday (April 23) by Peterborough MPP Jeff Leal, Minister Responsible for Small Business and Minister of Agriculture, Food and Rural Affairs.

In May 2017, the Eastern Ontario Regional Network (EORN) — a non-profit organization created by the Eastern Ontario Wardens’ Caucus, which represents 13 municipalities across eastern Ontario, to improve broadband access across the region — proposed a $213 million public-private partnership to enhance both the reach and quality of cellular data services. EORN submitted a detailed business case to both the provincial and federal governments to secure funding for the initiative.

“This commitment from the province is a great vote of confidence in the project,” says J. Murray Jones, EORN chair and Mayor of the Township of Douro-Dummer. “EORN is building on the investment we’ve already made in fibre optics across the region to close the gap in cell services and improve economic growth, quality of life and public safety.”

According an EORN-commissioned engineering study, around a quarter of eastern Ontario where there are homes, businesses, or major roads contain cellular “dead zones’, where people cannot access any cellular services and, where cellular service does exist, nearly two-thirds of the area doesn’t have enough capacity to provide high-quality mobile broadband service.

The Canadian Radio-television and Telecommunications Commission (CRTC) recently designated both mobile and fixed broadband as basic services for all Canadians. As rural areas don’t generate enough revenue for cell carriers to build adequate services, the private sector has been unable to address the issue.

At the Belleville event, Leal also announced Ontario will invest $20 million to support Telesat – Ontario with a satellite project, enabling access to secure broadband services in rural and remote Ontario. 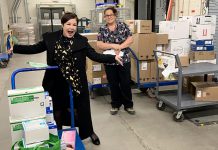 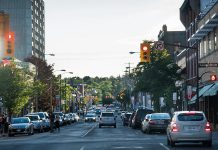 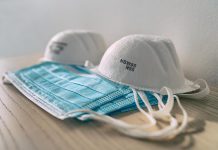