One person is dead following an accident on Highway 28 near Butler Drive between Mt. Julian Viamede Road and Northey’s Bay Road in Woodview, north of Burleigh Falls.

The accident happened at around 7:45 a.m. on Monday (July 29). Police say a northbound cement truck struck and killed a pedestrian who was walking along the roadway. No other injuries were reported.

Highway 28 was closed between Northey’s Bay Road and Mt. Julian-Viamede Road for most of the day while OPP members trained in collision reconstruction measure and document the scene.

Police have identified the victim as 40-year-old Aaron Leveck of Peterborough. His body has been transported to Toronto for a post-mortem examination.

An earlier version of this story indicated that Leveck was “walking on the highway”. This has now been corrected to match the wording from the police media release, which states he was “walking along the roadway”. The story will be updated with further details about the accident if or when they are released by the police. 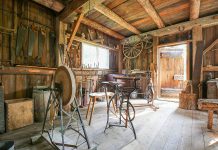 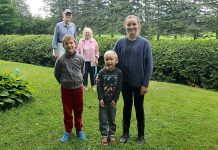 Showplace Performance Centre in downtown Peterborough dims the lights until 2021

Environment Canada issues heat warning for Peterborough and the Kawarthas through...

kawarthaNOW - July 1, 2020
Daytime temperatures in low to mid 30s with overnight lows near 20.