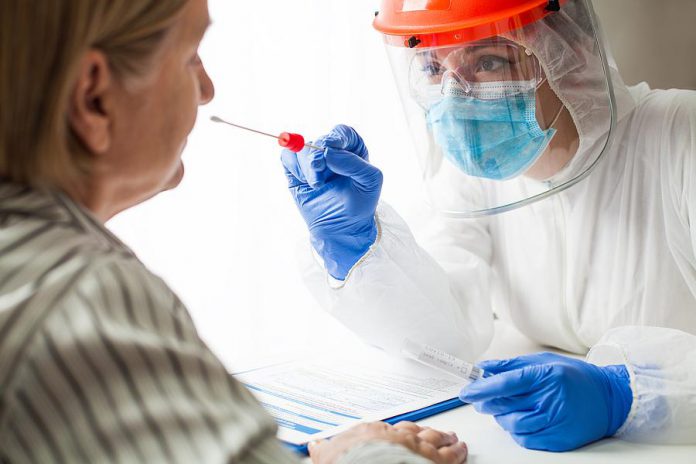 Ontario is reporting 2,170 new cases today, with triple-digit increases in 5 of Ontario’s 34 health units. The seven-day average of daily cases has decreased to 2,352 and the proportion of active cases continues to decline for the 28th day in a row.

In the greater Kawarthas region, there are 47 new cases to report (including 15 in Hastings Prince Edward, 12 in Northumberland, 9 in Peterborough, 9 in Kawartha Lakes, and 2 in Haliburton), with an additional 48 cases resolved and the number of active cases across the region remaining unchanged at 241. See below for details from each health unit in the region.

Ontario is reporting 4 new COVID-19 deaths today, with no new deaths in long-term care homes. Ontario has averaged 23 new daily deaths over the past week, a decrease of 2 from yesterday.

A total of 24,498 tests were completed yesterday, with the backlog of tests under investigation decreasing by 3,599 to 8,960.

In the greater Kawarthas region, there are 47 new cases to report, including 15 in Hastings Prince Edward, 12 in Northumberland, 9 in Peterborough, 9 in Kawartha Lakes, and 2 in Haliburton.

There is 1 new hospitalization in Kawartha Lakes.

There are 39 new regional cases of variants of concern, including 12 in Peterborough, 10 in Kawartha Lakes, 8 in Hastings Prince Edward, 6 in Northumberland, and 3 in Haliburton.

An additional 48 cases have been resolved, including 16 in Kawartha Lakes, 12 in Peterborough, 9 in Northumberland, 7 in Hastings Prince Edward, and 4 in Haliburton.

There are currently 241 active cases in the greater Kawarthas region (no net change from yesterday), including 103 in Peterborough, 62 in Hastings Prince Edward (15 in Quinte West, 21 in Belleville, 2 in Tyendinaga & Deseronto, 5 in Prince Edward County, 16 in Central Hastings, and 3 in North Hastings), 36 in Kawartha Lakes, 32 in Northumberland, and 8 in Haliburton.

*The health unit is reporting 9 new cases in the last 24 hours. The total case count has increased by 8 because 1 case has been removed from a previous day.

**As of May 17, Peterborough Regional Health Centre is reporting 12 patients currently hospitalized with COVID-19 (no change) and a total of 73 patients transferred from other areas as a result of a provincial directive (no change).

The health unit provides reports from Monday to Saturday, excluding Sundays and statutory holidays. As the health unit does not issue a report on Sundays, these numbers are for both May 16 and 17.

**As of May 17, Ross Memorial Hospital in Lindsay reports 6 patients hospitalized with COVID-19 (no change).

**The number of hospitalizations may actually be higher as more than 10% of hospitals did not submit data for today’s report.