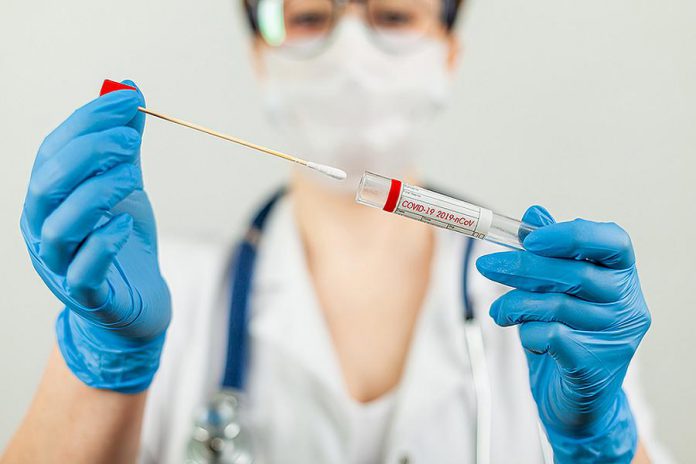 Ontario is reporting 1,616 new cases today — the lowest increase since March 23 when 1,571 cases were reported. However, Ontario has averaged one-third fewer tests than usual over each of the past 2 days.

Of Ontario’s 34 health units, 5 are reporting triple-digit increases. The seven-day average of daily cases has decreased to 2,287, and the proportion of active cases has declined for the 29th straight day.

Hospitalizations have increased significantly since yesterday, but yesterday’s number was likely underreported. The number of ICU patients has decreased but the number of patients on ventilators has increased. Ontario is reporting 17 deaths today, including 1 death in a long-term care home.

Ontario has now administered over 7.2 million doses of vaccine, with a record number of more than 9,300 people fully vaccinated yesterday. Of Ontario’s total population, almost 50% have received at least a single dose and 3% have received both doses.

In the greater Kawarthas region, there are 26 new cases to report (including 11 in Peterborough, 9 in Kawartha Lakes, 5 in Hastings Prince Edward, and 1 in Northumberland), with an additional 27 cases resolved. Active cases have increased in Peterborough and Kawartha Lakes and have decreased elsewhere, with the net number of active cases across the region decreasing by 3 to 238.

Ontario is reporting 17 new COVID-19 deaths today, including 1 new death in a long-term care home. Ontario has averaged 23 new daily deaths over the past week (no change from yesterday).

In the greater Kawarthas region, there are 26 new cases to report, including 11 in Peterborough, 9 in Kawartha Lakes, 5 in Hastings Prince Edward, and 1 in Northumberland. There are no new cases in Haliburton.

There are 2 new hospitalizations in Peterborough.

There are 34 new regional cases of variants of concern, including 23 in Peterborough, 6 in Kawartha Lakes, 3 in Northumberland, and 2 in Hastings Prince Edward.

An additional 27 cases have been resolved, including 11 in Hastings Prince Edward, 7 in Peterborough, 6 in Kawartha Lakes, 2 in Northumberland, and 1 in Haliburton. An outbreak at the ICU of QHC Belleville General Hospital was declared resolved on May 18.

There are currently 238 active cases in the greater Kawarthas region, a decrease of 3 from yesterday, including 106 in Peterborough, 55 in Hastings Prince Edward (14 in Quinte West, 17 in Belleville, 2 in Tyendinaga & Deseronto, 5 in Prince Edward County, 16 in Central Hastings, and 1 in North Hastings), 39 in Kawartha Lakes, 31 in Northumberland, and 7 in Haliburton.

*The health unit is reporting 11 new cases in the last 24 hours. The total case count has increased by 10 because 1 case has been removed from a previous day.

**As of May 18, Peterborough Regional Health Centre is reporting 8 patients currently hospitalized with COVID-19 (decrease of 3) and a total of 73 patients transferred from other areas as a result of a provincial directive (no change).

***An outbreak at an unidentified workplace in Peterborough County was declared on May 17.

**As of May 18, Ross Memorial Hospital in Lindsay reports 5 patients hospitalized with COVID-19 (decrease of 1).

***An outbreak in Unit 5 and the kitchen at Central East Correctional Centre in Lindsay was declared on May 17.

*An outbreak at the ICU of QHC Belleville General Hospital was declared resolved on May 18.

**The increase in the number of hospitalizations may in part be attributed to underreporting by more than 10% of hospitals over the past 2 days.

kawarthaNOW - October 1, 2022
Emceed by Linda Kash and Megan Murphy, night of 'song, story, and solidarity' at Market Hall raising funds for cancer care at PRHC.
Send this to a friend