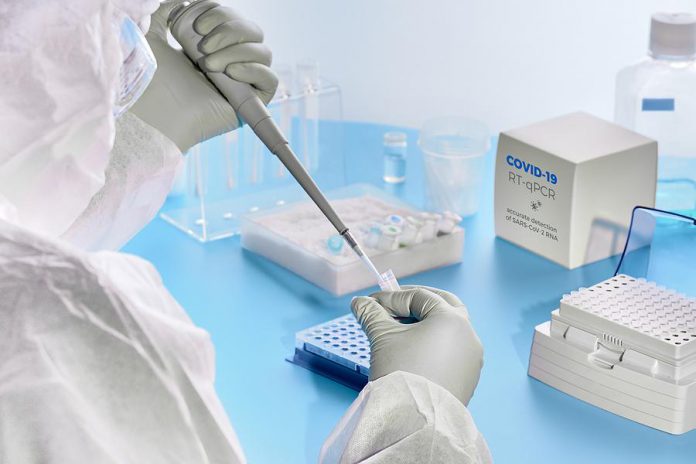 As the province and most of the health units in the greater Kawarthas region will not be issuing reports because of the statutory holiday on Monday, kawarthaNOW will not be publishing an update on Victoria Day. Monday’s numbers will be reported in Tuesday’s update.

Ontario is reporting 1,691 new cases today, with only 3 of Ontario’s 34 health units (Toronto, Peel, and York) reporting triple-digit case increases. The seven-day average of daily cases has fallen to 1,878 and the proportion of active cases has decreased for the 34th straight day.

Hospitalizations, ICU admissions, and ventilated patients have all decreased for the second day in a row. Ontario is reporting 15 new deaths, with no new deaths in long-term care homes.

Ontario has now administered over 15 million tests since the pandemic began and more than 8 million vaccine doses, with almost 55% of Ontario’s total population having received at least one dose of vaccine, and over 3.6% of all Ontarians fully vaccinated.

In the greater Kawarthas region, there are 8 new cases to report, including 5 in Hastings Prince Edward and 3 in Peterborough with an additional 16 cases resolved. Active cases across the region have decreased to 263, with 9 fewer active cases in Peterborough and no change in Hastings Prince Edward. See below for details from each individual health unit. Numbers for Kawartha Lakes, Northumberland, and Haliburton are unavailable on Sundays.

Ontario is reporting 15 new COVID-19 deaths today, with no new deaths in long-term care homes. Ontario has averaged 18 new daily deaths over the past week, a decrease of 3 from yesterday.

A total of 31,227 tests were completed yesterday, with the backlog of tests under investigation decreasing by 8,825 to 9,513.

In the greater Kawarthas region, there are 8 new cases to report, including 5 in Hastings Prince Edward and 3 in Peterborough. Numbers are unavailable on Sundays for Kawartha Lakes, Northumberland, and Haliburton.

There are 9 new regional cases of variants of concern, including 7 in Peterborough and 2 in Hastings Prince Edward.

There has been 1 new hospitalization in Peterborough.

An additional 16 cases have been resolved, including 11 in Peterborough and 5 in Hastings Prince Edward.

There are currently 263 active cases in the greater Kawarthas region, a decrease of 9 from yesterday, including 103 in Peterborough, 80 in Kawartha Lakes, 43 in Hastings Prince Edward (13 in Quinte West, 10 in Belleville, 2 in Tyendinaga & Deseronto, 4 in Prince Edward County, 10 in Central Hastings, and 4 in North Hastings), 34 in Northumberland, and 3 in Haliburton.

*The health unit is reporting 3 new cases in the last 24 hours. The total case count has increased by 2 because 1 case has been removed from a previous day.

**As of May 20, Peterborough Regional Health Centre is reporting 7 patients currently hospitalized with COVID-19 (decrease of 1) and a total of 75 patients transferred from other areas as a result of a provincial directive (no change).

The health unit provides reports from Monday to Saturday, excluding Sundays and statutory holidays. These numbers are from May 22; numbers from May 23 and May 24 will be released on Tuesday, May 25.

**As of May 21, Ross Memorial Hospital in Lindsay reports 3 patients hospitalized with COVID-19 (decrease of 1).

***An outbreak at OPP Offender Transport Lindsay has been declared resolved.

The health unit provides daily reports, including on weekends, excluding statutory holidays. There will be no numbers released on May 24; Monday’s numbers will be included in Tuesday’s update.

**More than 10% of hospitals did not submit data for this report, so the actual number of hospitalizations may be higher.