As Goldie Hawn immortally surmises in Hugh Wilson’s 1996 film The First Wives Club: “There are only three ages for women in Hollywood — Babe, District Attorney, and Driving Miss Daisy.”

It’s no secret that the film industry is less than generous to “women of a certain age” and that even the most revered actrice becomes relegated to demeaning walk-on roles or autocratically dictated cameos.

What was once the kiss of death to an actor’s commercial credibility — television — has become a haven for women over the age of 19. Characters like Carmella Soprano (Edie Falco) in The Sopranos or Ruth Fisher (Frances Conroy) in Six Feet Under completely defined their respective series with their layered and stunningly layered performances.

This recurring scenario was not lost on producers Ryan Murphy and Brad Falchuk when they were developing an ambitious new horror series that would be unlike anything else on television.

Hot off the heals of the raging success of their over-the-top musical strop-fest Glee (don’t let that scare you), Murphy and Falchuk were eager to create the tonal antithesis of their earlier pop confection. And thus was born American Horror Story.

Shrewdly conceiving the program as a self-sustained anthology, each season possesses its own unique character arcs and defining attributes, while cleverly utilizing a uniformly excellent ensemble cast lead by the industrial strength abilities of Jessica Lange. Murphy has also been deliberate with his casting of known LGBT actors, but it is seamless and never feels pandering.

Ensuring that each season pushes its thematic material to its absolute limits, the narratives are tantalizing barrages of the arcane and absurd that integrate documented unsolved crime with nightmarish fairy tale mythology. The supernatural aspects are an almost superficial framing device to examine more universal concepts of fidelity and sanity. American Horror Story: Coven, the third and indisputably best season, takes a precision magnifying glass to modern racial and sexual oppression through the rich filter of pagan witchcraft.

The story begins with young Zoe Benson (Taissa Farmiga) traumatically discovering her latent magical abilities and being shipped away to a revered finishing school, which is primarily a refuge for an increasingly scarce race of witches. Presided over by the sedate and logical Cordelia Foxx (Sarah Paulson, excellent), “Miss Robichaux’s Academy for Exceptional Young Ladies” is in a state of disarray. Faced with low enrollment and overtly passive instructional methods, the students — including arrogant movie star Madison Montgomery (Emma Roberts) and human voodoo doll Queenie (Gabouray Sidibe) — have become spoiled and apathetic.


This sequence is more than a bit reminiscent of the late great Tony Scott’s 1983 vampire masterpiece The Hunger and is a reassuring indication that this season, like the others, will be a wildly stimulating phantasmagoria of bang-on pop cultural appropriation. References thus far have included Veronica Lake, Grace Coddington, Donovan and an upcoming appearance from the high priestess herself, Stevie Nicks.

Using the intoxicating New Orleans settings for absolutely all they are worth, the narrative largely rides along the simmering tension between the surviving Salem witches who have taken refuge in the Big Easy and the Voodoo practitioners native to the area — a potent if slightly obvious metaphor for gentrification in the continuing turmoil of these post-Katrina times.

But the show belongs to Lange. Having already won two Academy awards in her relatively sparse career, Lange’s recent renaissance is largely due to her Emmy-winning performance in the excellent HBO dramatization of Grey Gardens in 2009.

So why is it that legions of young people now worship at the altar of this 64-year-old veteran?

It’s because Lange’s effortless charisma and acid delivery burn like a beacon in the arctic wilderness of feminine media role models.

Not only can you live a long life and hit a creative peak when your peers are all being hushed away with lifetime achievement awards, you can still wipe the floor with actors a third of your age. Lange won a Golden Globe, Emmy, and Screen Actors Guild Award in 2012 for her portrayal of a murderous neighbour in American Horror Story‘s first season.

Though Lange now shares the spotlight with two other titans of her craft: Kathy Bates (turning in her best work since Misery) as the socialite serial killer Delphine LaLauire, and Angela Bassett (easily still one of the most beautiful women in the world) as Voodoo Queen Marie Laveau. This trifecta has created one of the most captivating and, it has to be said, utterly believable character dynamics in recent horror.

Ultimately, that is still the blood that pumps through the program’s veins: horror. American Horror Story: Coven never coyly sashays away from the meat of the matter. At times, it’s repellently grotesque, for racism and the oppression of any minority is more horrific that any demonic man (or woman). 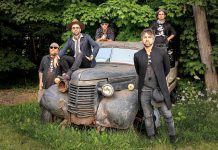 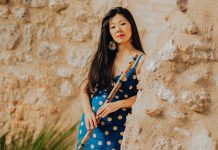