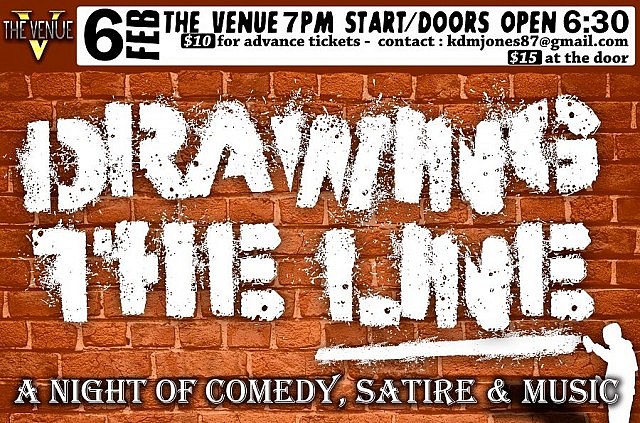 Local comedian Kristal Jones has organized a special night of comedy, satire, and music to promote the “Draw The Line” campaign of the Ontario Coalition of Rape Crisis Centres. 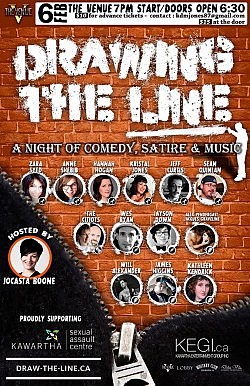 “Drawing the Line – A Night of Comedy, Satire, and Music” takes place at The Venue in downtown Peterborough on Friday, February 6th, in support of the Kawartha Sexual Assault Centre.

Sexual violence is a reality in Ontario. One in three Canadian women will experience some form of sexual violence in their lifetime. It’s a lot more than rape. It includes everything from sexist jokes to stalking, harrassment, and assault — anything that contributes to a culture condoning and supporting sexual violence.

The night will also include musical performances by Will Alexander, James Higgins, and the duo of Alex Pendergast and Jacques Graveline, as well as spoken-word performances by Jayson Down and Wes Ryan.

Tickets are $10 advance and $15 at the door. Advance tickets are available through organizer Kristal Jones at 647-703-0150 or kdmjones87@gmail.com.

Come out for a night of high-energy comedy and entertainment in support of an important cause.

Where do you draw the line?

For more information about the “Draw the Line” campaign, visit www.draw-the-line.ca