The new $30 million hydroelectric generating station on Peterborough’s Otonabee River, adjacent to the existing London Street Generating Station, is expected to come online by the end of June 2016.

The new station will generate six megawatts of renewable energy in addition to the four megawatts already generated by the existing station — the combined total being enough to power around 4,000 homes in Peterborough.

Earlier today, Peterborough Utilities hosted a tour of the location for Ontario’s new Environmental Commissioner Dianne Saxe. Due to traffic conditions caused by the winter storm, Saxe was unable to attend the tour but did participate in a lunch later at Ashburnham Ale House.

The new hydroelectric generating station is located beside the existing station on the Otonabee River at the eastern end of London Street, just north of downtown Peterborough.

Constructed in 1884, the existing station is one of the first hydroelectric generating stations in North America and originally supplied power to the American Cereal Company, which later became Quaker Oats (now Pepsi QTG). Peterborough Utilities acquired the station from Quaker Oats in 1975.

The existing station has three generators driven by turbines, with each unit producing around 1.3 megawatts of power from the flow of water in the Otonabee River, which falls approximately eight metres at the site. The station generates about 24,000 megawatt hours of clean renewable energy each year. The electricity generated is fed directly into Peterborough Distribution Inc.’s distribution system.

One of the generators in action


The existing station has been in service for over 90 years and still uses some of the original equipment from when it was first built. One of its turbine generator units recently failed and is being replaced. The new station will extend the life of the existing station by another 14 years and will eventually replace it.

Construction on the new facility began in 2014 and was originally expected to be completed in 2015. However, due to issues with water infiltration and soil at the site, adjustments to the original design were required to reduce the need for further excavation, resulting in several months of delays.

While construction continues, all major equipment — including turbines, generators, gates, and electrical equipment — has been received and is ready for final installation. The facility is expected to be completed by May, with the power plant becoming fully operational by the end of June.

As the new station will be automated, no dedicated staff will be needed to run it. However, because Peterborough Utilities owns and operates another two waterpower generating stations, a solar farm, and the Bensfort Road Landfill Gas Generation project, the number of staff working on power generation has increased from around six to almost 20. Peterborough Utilities expects the new station will create several new jobs.

Many people may not know that, during the 2003 blackout, power from the existing station was used to keep the Peterborough Regional Health Centre operating. The increased output from the new generating station, as well as increasing the percentage of green power in the City of Peterborough, could be used in similar situations in the future.

All photos/video by Bruce Head for kawarthaNOW except where noted. 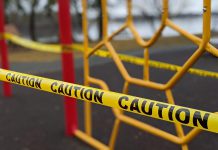 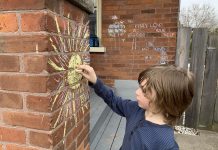 Three activities your family can do during COVID-19 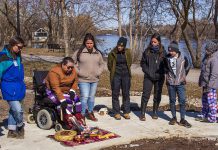