It’s a leap year, so February has an extra day — Leap Day — on Monday, February 29th. Here are eight things you might not know about the leap year.

1. Why we have leap years

It’s all about keeping our calendar synchronized with the Earth’s orbit around the Sun.

While our calendar is 365 days long, the Earth takes slightly longer to go around the Sun: five hours, 48 minutes, and 46 seconds longer to be exact.

Over four years, that extra time accumulates to about a day. If we didn’t add an extra day every four years to align our calendar with the Earth’s orbit around the Sun, the seasons would gradually move back and create confusion.

The current leap year system will keep our calendar on track for 10,000 years or so.

2. Why it’s called a leap year

It’s called a leap year because we “leap” over days in the normal calendar.

In our normal 365-day calendar, fixed dates move forward one day in the week each year. For example, Christmas was on a Thursday in 2014 and on a Friday in 2015.

However, the extra day added in February means that Christmas this year will “leap” over Saturday and fall on a Sunday instead.

The scientific name for a leap year is “intercalary year” or “bissextile year”, but those aren’t quite as catchy.

3. Who invented the leap year

Roman dictator Julius Caesar (or to be more exact, his astronomer) invented the leap year.

In 46 BC, Caesar introduced the reformed Julian calendar, giving us the 365-day calendar with a leap day added every four years.

Prior to Caesar, the Roman Empire used a complex 355-day calendar that added an extra 22-day month every four years.

Caesar had his astronomer, Sosigenes, develop the simplified calendar that included an extra day every four years.

In 1582, Pope Gregory XIII and his astronomers further refined the calendar to accommodate a year not being exactly 365.25 days long, by skipping three leap days every 400 years. The Gregorian calendar, which is what we currently use, is the most common calendar system in the world.

4. Why Leap Day is in February

The reason the leap day is added to the month of February is all about the ego of the first Roman Emperor Caesar Augustus — Julius Caesar’s great nephew and adopted son.

At first glance, adding an extra day to February makes perfect sense, since it’s the shortest month of the year with only 28 days.

But the reason February is the shortest month is because of Augustus’ vanity.

After Augustus became Emperor in 27 BC, he was upset that his great uncle’s month had two more days than his own, so he “took” two days from February and added them to August to make it the same length as July. This is also why July and August both have 31 days.

5. What you call someone born on Leap Day

People born on February 29th are known as “leaplings”, “leapers”, or “leap-year babies”.

Leaplings are not very common, as the odds of being born on February 29 are only one in 1,461. Around 4.1 million people living right now — less than one half of one percent of the world’s population — are leaplings.

Because it’s relatively rare to be born on February 29, there aren’t a lot of famous (or infamous) leaplings.

The most well-known tradition on February 29 is that it’s the day when women are “allowed” to propose marriage to a man (known as “Bachelor Day” in some countries).

Legend has it that this tradition, which only became common in the 19th century, originated when a 5th-century Irish nun named Saint Bridget complained to Saint Patrick that women had to wait too long for marriage proposals. Saint Patrick then proclaimed that women would be permitted to propose to men every four years, on February 29.

In Denmark, if a man refused a woman’s leap day proposal, he was required to give her 12 pairs of gloves — supposedly to hide her embarrassment for not having an engagement ring. In Finland, the man was required to buy the woman fabric for a skirt.

In the United States, February 29 is often referred to as “Sadie Hawkins Day”, signifying a gender role reversal. 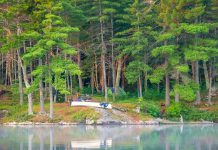 You can camp again in backcountry provincial parks starting June 1 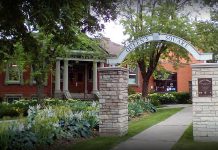