Despite the issuance of a demolition permit for the property at 450 George Street North, The Black Horse Pub has not been sold … not yet.

That’s the word from Nancy Kerr, social media manager for the pub, who, in response to Facebook-expressed concerns, has been quick to set the record straight following confirmation that demolition permits have been issued for the properties housing the Black Horse and The Pig’s Ear Tavern at 144 Brock Street.

That said, the Black Horse property is currently listed for sale by Terry Horrigan of Century 21 and has been on the market for more than a month. The asking price of $850,000 includes three bachelor apartments on the building’s second floor.

“We have not been sold,” writes Kerr on Facebook on behalf of pub owner Ray Kapoor, admitting to “lots of tire kicking” but affirming, as of now, it’s “business as usual” at the popular downtown Peterborough live entertainment venue.

“Would Ray really let this be the way his staff and musicians find out (the building has been sold)? We all know he’s not that kind of guy,” adds Kerr.

Dean Findlay, chief building official for the City of Peterborough, confirmed Friday (March 24) that demolition permits have been applied for and were granted for both properties back on February 24. While privacy restrictions prevent Findlay from saying who took out the permits, The Pig’s Ear Tavern property was purchased earlier this year by Parkview Homes; the historic pub is slated to close its doors for good on April 22.

Muddying the picture concerning the future of the two properties is a March 2-approved recommendation by the Peterborough Architectural Conservation Advisory Committee (PACAC) that both properties be designated under the Ontario Heritage Act.

Such designation, if granted, would prevent the demolition of either building without city council approval. A City staff recommendation that councillors “defer” approval of heritage designation for the properties will be presented to councillors this Monday night (March 27) when they sit as Committee of the Whole.

“The buildings at 144 Brock Street and 450 George Street North have strong associations with the community, are integral parts of the 19th century streetscape and display a high order of architectural design,” notes the staff report, authored by Community Services Director Ken Doherty.

“While both buildings merit consideration for designation, approval of the recommendation to defer the designation process and to refer the matter back to staff and the developers to explore viable re-development alternatives to demolition without some form of heritage preservation will provide time to determine what viable solutions may be available.”

In a related move, back on November 3, 2016, PACAC recommended to council that it approve 100-plus properties for listing on the Heritage Register which lists properties of historical/cultural significance.

While not a designation, listing means if and when a demolition permit is sought for a listed property, a 60-day period is in place during which the City has to be notified and council can review the application. On that list is The Pig’s Ear property but The Black Horse property is not listed. That list is still waiting for council approval.

The building that is home to The Black Horse was constructed in 1882 by George A. Cox and James Stevenson as an addition to the 442-448 George Street — The Morrow Bulding — at the northeast corner of George and Brock streets.

An interested observer of the future of both the Pig’s Ear and Black Horse properties is lawyer Ann Farquharson, a longtime advocate for the preservation of historically significant buildings. Her home on Weller Street is on the Heritage Register list awaiting council approval.

“I’ve been concerned that it (Heritage Register approval) proceed due to a possible development of the Pig’s Ear property,” says Farquharson. “I’ve been told by City staff that it will be on the (council) agenda for several of the last Committee of the Whole meetings only to be disappointed when advised senior administration had not placed it on the agenda. 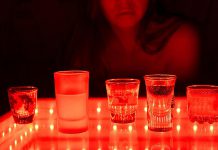 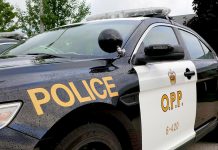