It turns out the Ministry of Natural Resources and Forestry (MNRF) rather than the federal government is leading the investigation into the sudden death of 12 Mallard ducks, which happened in the north end of Peterborough on Sunday, September 3rd.

Media spokesperson Jolanta Kowalski provided kawarthaNOW with an update in an email early this morning (September 16) confirming MNRF is investigating the incident.

On Wednesday, September 13th, Kowalski had advised kawarthaNOW that the federal government may be leading the investigation.

“We are waiting for an answer from Environment Canada Wildlife Division to determine if they are available to lead the investigation into this matter,” Kowalski wrote in an email.

Kowalski did not provide any additional information on September 16th on the reason for the change in the status of the investigation.

Mallard ducks are migratory birds protected in Canada under the Migratory Birds Convention Act. Environment and Climate Change Canada is responsible for administering the act on behalf of the federal government, which includes activities to verify compliance with the legislation and investigating alleged infractions.

On Sunday, September 3rd, residents of Tobin Court in the north end of Peterborough observed a group of 14 Mallard ducks leaving a local pond to eat grass which, according to residents, happens frequently. Minutes later, 12 of the ducks collapsed and died on residents’ lawns and driveways.

Two more ducks were found alive but unable to move, and residents took them to Shades of Hope Wildlife Rescue in Pefferlaw, where they were treated with subcutaneous fluids and appear to be recovering.

Both Shades of Hope Wildlife Rescue manager Cathy Stockman and local naturalist Drew Monkman suspect the ducks were exposed to some kind of poison such as a pesticide. Other people fear the ducks may have been intentionally poisoned, as some residents consider the ducks to be a nuisance.

It is possible the ducks died from ingesting pesticides or other human-made toxins, as there have been other confirmed cases of this. In July 2014, after 20 ducks in Tennessee experienced seizures and died, wildlilfe biologists confirmed they had ingested pesticide. In December 2014, 20 ducks died at Beacon Hill Park in Victoria in British Columbia after being exposed to an unidentified toxin.

However, in addition to human-made poisons, natural toxins can cause sudden death in waterfowl, the most common being avian cholera and avian botulism.

Avian cholera is a highly infectious disease caused by the Pasteurella multocida bacterium that can kill birds within six hours — birds have been known to literally drop dead while flying. Die-offs involving more than 1,000 birds in a single day have been reported. The disease is transmitted by bird-to-bird contact or by ingesting contaminated food or water. Birds infected by avian cholera may appear lethargic, experience convulsions, swim in circles, or throw their heads back between their wings.

Avian botulism results when birds ingest a toxin produced by the Clostridium botulinum bacterium and can cause death within 24 hours. The toxin affects the nervous system and paralyzes voluntary muscles. Birds lose the use of their wings first, then their legs, and finally their neck muscles. Listlessness, sagging head, and drooping wings are common symptoms. Clostridium botulinum can exist for many years in wetlands and thrives during the hot summer months.

Other toxins affecting ducks that don’t cause sudden death are duck plague (a contagious disease cause by a herpes virus) and lead poisoning (which usually occurs after waterfowl ingest spent lead shot pellets).

Ducks have also been known to die from malnutrition and starvation. In December 2015, around 20 ducks died in a city park in Windsor. An investigation determined the ducks died because they were feeding on garbage and junk food left by people, which did not provide them with the nutrients they needed. 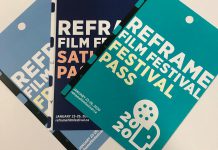 This year’s ReFrame Film Festival is about fostering community as well...