On Saturday, May 25th, the Peterborough Symphony Orchestra (PSO) will present “Witches’ Sabbath”, a concert at Showplace Performance Centre in downtown Peterborough.

In this larger-than-life season finale concert, the orchestra wows the senses with the psychedelic dreamscapes of Louis-Hector Berlioz’s passionate and imaginative Symphonie fantastique (1830), and Franz Joseph Haydn’s explosive “Military” (Symphony No. 100) (1795).

This concert is presented by Monkman Gracie & Johnston and Grant Thornton.

In the 2018/19 season, the PSO presented concerts rich with emotion and stories. And what better final story than a love story?

For centuries, love in all its forms has provided divine inspiration for some of the most renowned works of classical music but, arguably, it is the obsessive nature of love that has lent itself, with insistence, to the creation of the most dramatic and emotionally disconcerting pieces, from Janáček’s String Quartet No. 2 “Intimate Letters” to Bernard Herrmann’s Vertigo.

Perhaps no work better expresses the all-consuming turmoil and emotional abyss of romantic obsession than Hector Berlioz’s Symphonie fantastique. In a love-at-first-sight obsession with Irish actress Harriet Smithson, who he saw perform in the role of Ophelia in Shakespeare’s Hamlet in 1827, the 22-year-old Berlioz wrote impassioned letters to her, all of which remained unanswered (years later, she eventually responded to his advances and they married in 1833).

Thus was born this groundbreaking work, both as an emotional and psychological outlet, and a grand gesture for Smithson’s attention. To his friend, Berlioz wrote, “You don’t know what love is, whatever you may say. For you, it’s not that rage, that fury, that delirium which takes possession of all one’s faculties, which renders one capable of anything.”

Ludwig van Beethoven, the most “terrifying giant” of the previous musical period, had brought many significant innovations to the symphonic form, which inspired Berlioz to new heights.

“Now that I have heard this terrifying giant Beethoven, I know what stage musical art has reached, and the aim is to take it from there and push it further,” Berlioz wrote in 1829. “Not actually further, that is impossible, he has reached the limits of art, but as far in another direction.”

While Beethoven brought dramatic and expressive emotion not previously heard, Berlioz introduced a work of intense personal expression as never imagined, represented through a then-unique “idée fixe” — the object of fixation.

“His vision of writing a symphony describing extreme passions he felt for a woman that he had only seen from afar was completely new and radical,” says PSO Music Director and Conductor Michael Newnham.

In the opening movement, “Rêveries, passions” (“Dreams, passions”), Berlioz introduces the object of fixationn: Smithson. In his own program notes from 1845, Berlioze writes “By a strange anomaly, the beloved image never presents itself to the artist’s mind without being associated with a musical idea, in which he recognises a certain quality of passion, but endowed with the nobility and shyness which he credits to the object of his love.”

The theme’s melody “sung by the first violins” (and flute) recurs, in different forms, in each of the following four movements: “Un bal” (“A ball”), “Scène aux champs” (“Scene in the fields”), “Marche au supplice” (“March to the scaffold”), and “Songe d’une nuit du sabbat” (“Dream of the night of the sabbath”).

A symphony with five, rather than four, movements was a convention of form first challenged by Beethoven in his “Pastoral” (Symphony No. 6), which was also an innovative programmatic work (a story written to go with music).

Berlioz pushes both further, relying solely on the orchestra in the provocative fifth movement to express “strange sounds, groans, outbursts of laughter; distant shouts which seem to be answered by more shouts,” and taking the narrative to a deeper psychological level with his “intention… to develop various episodes in the life of an artist.”

“Because of the continuous fantasy and imagination of its composer,” says Maestro Newnham, “the listener (and musician) is continuously surprised by new and sometimes shocking developments.”

Shocking, indeed. Berlioz describes the fourth movement, “Marche au supplice”, as follows: “In a fit of despair he poisons himself with opium; but instead of killing him, the narcotic induces a horrific vision, in which he believes he has murdered the loved one, has been condemned to death, and witnesses his own execution.”

Berlioz then, unimaginably, intensifies the shock value in the fifth and final movement, “Songe d’une Nuit du Sabbat”. Berlioz describes it as thus:

“The ceremony begins; the bells toll, the whole hellish cohort prostrates itself; a chorus chants the plainsong sequence of the dead [the Dies irae plainchant], two other choruses repeat it in a burlesque parody. Finally, the sabbath round-dance whirls. At its violent climax it mingles with the Dies irae, and the vision ends.”

While Berlioz took inspiration from Beethoven, Beethoven was in turn influenced by Franz Joseph Haydn’s symphonic works. Often referred to as “the father of the symphony,” Haydn’s 12 London Symphonies were his greatest achievements of the form.

The most popular of the set, the eighth Military Symphony, made an enormous impression on the first audiences.

Said a critic from the Morning Chronicle:

“Another new Symphony, by Haydn, was performed for the second time; and the middle movement was again received with absolute shouts of applause. Encore! encore! encore! resounded from every seat: the ladies themselves could not forbear. It is the advancing to battle; and the march of men, the sounding of the charge, the thundering of the onset, the clash of arms, the groans of the wounded, and what may well be called the hellish roar of war increase to a climax of horrid sublimity!”

Yes, for its “hellish” topic of war, the work in its “horrid sublimity” has been variously called elegant, exuberant, and buoyant, with flashes of musical humour.

Maestro Newnham explains that the performance of Symphonie fantastique will be another milestone in the development of the PSO,

“It challenged and continues to challenge musicians today to technically go far beyond what is expected of them with extremes of expression and just the sheer number of notes to play per minute,” he points out. “It is the defining piece par excellence of virtuosity for any orchestra.”

Likewise for the Military Symphony, played with spectacular style by the PSO, which captures the piece’s grand and unprecedented wit.

“Both of these works seem to me to be related in their audacity, theatricality, humour, and energy,” says Maestro Newnham. “This is a fitting end to a banner season for the orchestra, even when compared to the great successes it has had in recent years. Our motto this season is ‘Playing for Passion.’ There are no pieces that better allow an orchestra to do just that than Berlioz’ Symphonie fantastique and Haydn’s Military Symphony.”

Ticket holders are invited to attend “Meet the Maestro,” a popular pre-concert chat with Maestro Newnham in the theatre at 6:40 p.m. before the concert begins at 7:30 p.m.

Volunteers will be on hand to collect PSO subscription renewal forms from current subscribers. The PSO 2019/20 season brochure will be mailed to subscribers ahead of the concert. The brochure includes concert information and the renewal form, which can be returned at “Witches’ Sabbath” or by mail to P.O. Box 1135, Peterborough ON K9J 7H4.

Current subscriber seats will be held for renewal until June 14, 2019. After this deadline, seats that have not been renewed may be made available to the public. 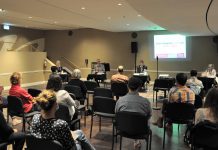 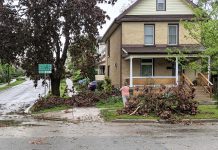 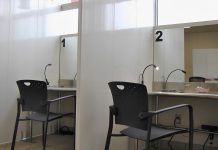