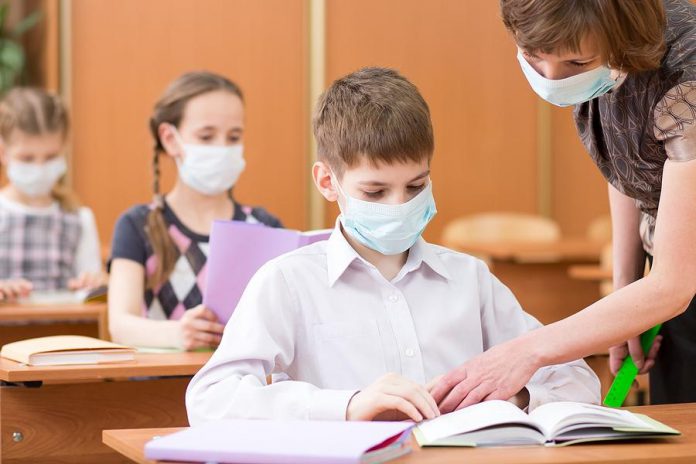 Ontario education minister Stephen Lecce says he would support school boards that wish to stagger the beginning of the school year on September 8th.

Lecce’s comment at a media conference on Thursday afternoon (August 13) came hours after the Ontario Principals’ Council released a statement recommending all class sizes be limited and that the Ontario government delay the reopening of schools by an additional week, as well as stagger the first week of school.

The council, a voluntary professional association with 5,400 members, has four recommendations it believes will help ensure schools can reopen safely during the COVID-19 pandemic.

“There are additional concerns that we believe the government needs to address immediately, to ensure that students, parents, staff and administrators feel comfortable returning to school,” the statement reads.

The council is recommending that:

The council’s complete statement is provided at the end of this story.

“Effective immediately I’m directing that boards will be able to invest nearly half a billion dollars in funding to support local priorities, with a focus on greater social distancing in class,” Lecce announced. “While many boards are already looking at utilizing other school community spaces, this funding will also support them further to do that if it is required.”

School boards can use the reserve funds to support increased physical distancing among students by leasing additional space for classrooms, hiring additional teachers and staff, or both.

“This will give peace of mind that the air our children is breathing is safe,” Lecce said. “These upgrades can commence immediately.”

While Lecce did not address the statement from the Ontario Principals’ Council, in response to questions from several reporters asking how schools would be able to make any necessary improvements as a result of Lecce’s announcement before September 8th, the minister said he would support boards that wish to stagger the beginning of the school year.

“If school boards are saying to me that a bit of a more cautious restart — a staggered restart, having lower numbers of students en masse enter school — and they’d rather do it through that approach, I’m going to support any concept to de-risk the circumstance for kids, and that seems reasonable and not outside the spirit of our plan, which is to get kids back to school the beginning of September,” Lecce said.