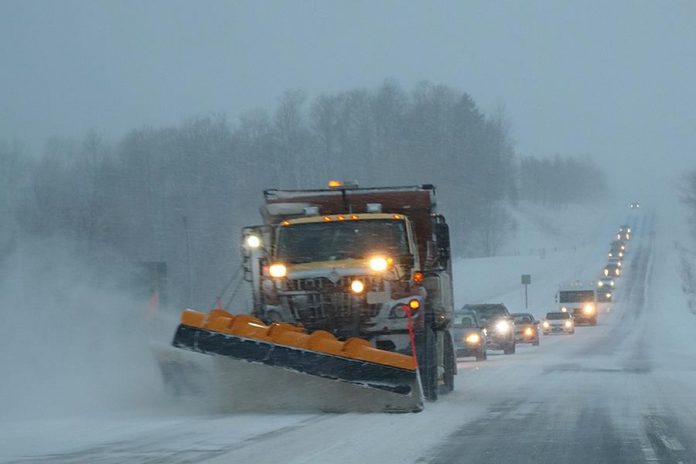 March is coming in like a lion, at least for the northern greater Kawarthas region.

Environment Canada has issued a snow squall watch for Haliburton County and North Hastings for Monday morning and afternoon (March 1).

A relatively narrow but intense snow squall is forecast to develop on Monday morning, moving across the area later in the morning and through the afternoon. Locally heavy snowfall will occur with this snow squall, resulting in a quick 5 to 10 cm of new accumulation.

Strong northwesterly winds gusting up to 60 km/h will also occur Monday afternoon. These strong winds will combine with the heavy snow to result in reduced visibility in blowing snow and difficult travel conditions over portions of the area.

The snow squall is expected to move south of the region by Monday evening.

Motorists are advised to exercise caution. Snow squalls cause weather conditions to vary considerably; changes from clear skies to heavy snow within just a few kilometres are common. Visibility may be suddenly reduced at times in heavy snow.