Home Lifestyle & Family Spring arrives on Saturday with three warm and sunny days in the... 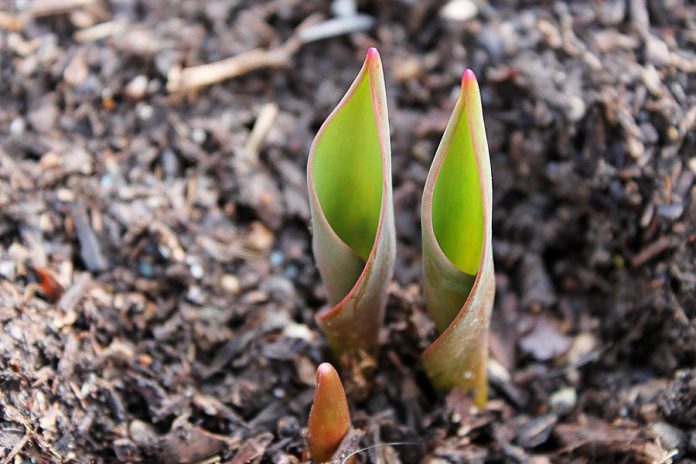 Spring officially arrives on Saturday (March 20) and Mother Nature is celebrating with several days of sunny weather and double-digit temperatures for Peterborough and the Kawarthas.

For the first day of spring, Environment Canada is forecasting a sunny day with a high of 13°C. Sunday and Monday will also be sunny, with daytime temperatures reaching 14°C on Sunday and 15°C on Monday.

The arrival of spring in the northern hemisphere is marked by the vernal equinox at 5:37 a.m. on Saturday, which is the moment when the earth’s axis is perpendicular to the sun, so the sun’s rays shine directly on the equator.

From Saturday on, the northern hemisphere will increasingly tilt towards the sun, and we’ll begin to get more hours of daylight than night.

The word equinox comes from the Latin words for “equal” and “night”, but it doesn’t mean there are actually equal hours of day and night.

At sunrise and sunset, it’s still light even though the centre of the sun’s disk is below the horizon … so there are always a few more minutes of daylight than night on vernal equinox.

Daylight hours will continue to increase until the summer solstice — the longest day of the year and the official beginning of summer — which occurs this year on Sunday, June 20th at 11:31 p.m.

Spring is celebrated with festivals around the world, including Holi (“festival of colours”) in India, the Chinese New Year, and Passover and Easter in western culture.

Easter began as a pagan festival in the celebrating the return of life in the northern hemisphere. After the advent of Christianity, it became associated with the resurrection of Christ. However, remnants of Easter’s pagan roots can be seen in the eggs and rabbits we associated with Easter — symbols of fertility.

This year, Easter Sunday falls on April 4th. Generally, Easter is observed on the Sunday following the first full moon after the vernal equinox.