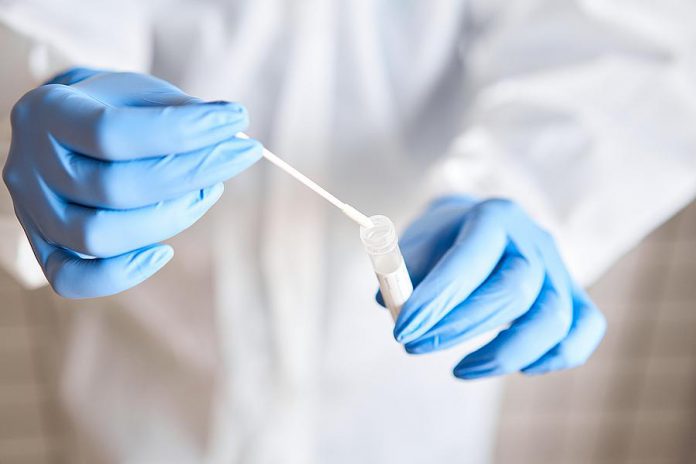 With the provincial government announcing step one of its reopening plan will now begin on June 11 instead of June 14, Ontario is reporting 525 new cases today — the eighth straight day of increases under 1,000 and the lowest daily increase since September 26 when 491 cases were reported.

For the first time since the third wave began, only Toronto is reporting a triple-digit increase, with more than half of Ontario’s 34 health units reporting 5 or fewer cases and more than a third reporting no new cases at all. The seven-day average of daily cases has decreased to 735 and the proportion of active cases has declined for the 49th straight day.

There has been slight increase in hospitalizations, although this number excludes more than 10% of hospitals so actual hospitalizations may be higher. The number of patients with COVID-19 in ICUs has dropped below 500 for the first time since early April, and there has been a small decrease in the number of ventilated patients. Ontario is reporting 15 new deaths, including 2 new deaths in long-term care homes.

With more than 10 million vaccine doses administered, almost 69% of Ontario’s total population has received at least a single dose, with more than 7% of the population fully vaccinated.

In the greater Kawarthas region, there are 12 new cases (including 6 in Kawartha Lakes, 3 in Northumberland, 2 in Haliburton, and 1 in Peterborough) and an additional 34 cases resolved, with the net number of active cases across the region decreasing by 21 to 75. Active cases have decreased significantly in Kawartha Lakes, by a smaller amount in Peterborough, and remain unchanged in Northumberland. Active cases in Haliburton have increased by 1, and there are no active cases at all in Hastings Prince Edward.

Most of the new cases reported today are in Toronto (114), with cases in Peel (95) falling under 100 for the first time since the third wave began.

Hospitalizations have increased by 2 from yesterday to 547, although more than 10% of hospitals did not submit data to the daily bed census so the actual number of hospitalizations may be higher. The number of patients with COVID-19 in ICUs has decreased by 13 to 497 — the first time since early April the number had dropped below 500 — and the number of patients with COVID-19 on ventilators has decreased by 5 to 339.

A total of 15,177 tests were completed yesterday, with the backlog of tests under investigation decreasing by 1,325 to 5,724.

In the greater Kawarthas region, there are 12 new cases to report, including 6 in Kawartha Lakes, 3 in Northumberland, 2 in Haliburton, and 1 in Peterborough. There are no new cases in Hastings Prince Edward for the eighth day in a row. Numbers for Kawartha Lakes, Northumberland, and Haliburton are for June 6 and 7 as the health unit did not issue an update on Sunday.

There are 8 new regional cases of variants of concern, including 4 in Peterborough, 2 in Northumberland, and 2 in Haliburton.

There has been 1 new COVID-related hospitalization in Kawartha Lakes.

An additional 34 cases have been resolved, including 26 in Kawartha Lakes, 4 in Northumberland, 3 in Peterborough, and 1 in Haliburton. An outbreak at Fairhaven long-term care home in Peterborough was declared resolved on June 7.

There are currently 75 active cases in the greater Kawarthas region, a decrease of 21 since yesterday, including 36 in Kawartha Lakes, 27 in Peterborough, 10 in Northumberland, and 2 in Haliburton. There are no active cases in Hastings Prince Edward.

*As of June 7, Peterborough Regional Health Centre is reporting 4 patients currently hospitalized with COVID-19 (increase of 1) and a total of 76 patients transferred from other areas as a result of a provincial directive (no change).

**An outbreak at Fairhaven long-term care home in Peterborough was declared resolved on June 7.

The health unit provides reports from Monday to Saturday, excluding Sundays and statutory holidays. These numbers include June 6 and June 7.

**As of June 7, Ross Memorial Hospital in Lindsay reports 2 patients hospitalized with COVID-19 (increase of 2).

**More than 10% of hospitals did not submit data to the daily bed census so the actual number of hospitalizations may be higher.