The City of Peterborough has announced Jasbir Raina will be the city’s new commissioner of infrastructure and planning services effective Tuesday, June 14th.

Raina will be responsible for the city’s infrastructure and planning department, which includes engineering, construction and public works, transportation, infrastructure management, environmental services, planning and development services, building services, and the Peterborough airport.

Raina has a master of engineering from the Naval Institute of Technology and a master of business administration from Athabasca University. He also holds a project management designation through the Project Management Institute and a law certificate from Harvard University.

“We’re extremely excited that Mr. Raina is joining the City of Peterborough,” said Sandra Clancy, the city’s chief administrative officer, in a media release. “Mr. Raina’s experience, knowledge, and approach on municipal issues will be a tremendous asset to our community.”

Raina replaces Michael Papadacos, the city’s manager of infrastructure and planning, who has been interim commissioner after Cynthia Fletcher departed from the role in January to become chief administrative officer with the Township of Georgian Bluffs.

“I am excited and grateful for the opportunity to join the City of Peterborough,” Raina said. “I will be committed to developing strong partnerships for service delivery excellence while continuing to support and promote the culture of trust, respect, diversity, transparency and accountability.” 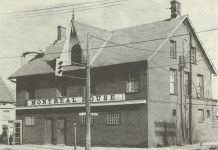