Home Arts & Entertainment Where in Peterborough & The Kawarthas to watch CBC live broadcast of...

If you aren’t one of the lucky fans (like our music columnist Josh Fewings) who managed to secure tickets to see The Tragically Hip on their farewell tour, here’s the next best thing: get together for a live viewing party of The Hip’s final concert.

CBC has acquired the rights to broadcast The Hip’s final concert, from the band’s hometown of Kingston, on Saturday, August 20th.

Tickets for the Hip’s Man Machine Poem tour, announced after frontman Gord Downie revealed he has incurable brain cancer, sold out in less than a minute this past spring. Fans unable to get tickets — or who refused to pay inflated prices to scalpers — approached the CBC to broadcast one of the shows live.

CBC will be broadcasting The Hip’s last concert live and commercial free on CBC-TV, Radio One, Radio 2, cbcmusic.ca and on YouTube. The concert begins at around 8:30 p.m.

Many communities across Canada and in Ontario are hosting public viewing parties of the CBC broadcast, including a few in The Kawarthas.

Legally, if you wish to host a public screening of the broadcast, you need to get CBC approval — which includes certain conditions like not charging any kind of fee for the viewing (even for fundraising), not using the viewing for third-party advertising or marketing, and providing proof of liability insurance if more than 40 people will be attending the screening.

Of course, you don’t need to seek CBC approval if you’re just having a private screening with friends and family.

Here’s our list of public viewing parties so far for The Hip’s final concert in The Kawarthas. Public screenings marked with an asterisk * have been officially approved by the CBC. If you know of a screening that’s missing from our list, please email editor@kawarthanow.com with the details and we’ll add it. 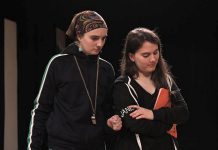 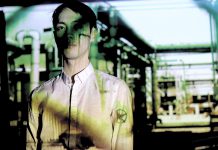 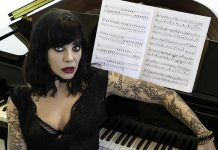 How to slay the environmental ‘dragons of inaction’

kawarthaNOW - February 27, 2020
Charlotte Street between Water and George will be closed on Saturday mornings for summer market location beginning in May.