4th Line Theatre in Millbrook has announced the casting for its two world-premiere plays this summer, including a play written by Peterborough actor and musician Beau Dixon and the latest in 4th Line’s popular series of plays about the Barnardo children.

The play, which features original songs by Beau Dixon and David Tough with arrangements by Dixon, stars real-life bandmates Owen Stahn and Griffin Clark as Eli and Neph, the bandleaders of the fictional rock band The Spruce Street Ramblers from Assumption, Ontario.

Based on stories collected from some of Peterborough’s most renowned rock and roll personalities, Bloom: A Rock ‘n’ Roll Fable follows the lives of the two best friends from their childhood in the 1950s to the heady music days of the 1970s.

Bloom: A Rock ‘n’ Roll Fable runs from July 2nd to July 27th at the Winslow Farm in Millbrook.

The second world premiere is Carmel, the third in the Barnardo children series of plays (Doctor Barnardo’s Children and Wounded Soldiers).

Set on the Carmel Line in Cavan Township in 1937, the play follows the struggles of a family to hold on to the farm during the Great Depression. This bittersweet work also explores Peterborough labour history and features original music inspired by country and folk music traditions of the 1930s.

Carmel runs from August 6th to August 31st at the Winslow Farm in Millbrook.

Tickets, gift certificates, and picnics for 4th Line Theatre’s 2019 season can be purchased by phone at 705-932-4445, online at 4thlinetheatre.on.ca, or in person at 4th Line Theatre’s Box Office at 4 Tupper Street in Millbrook or at the ticket outlet the Peterborough Museum and Archives at 300 Hunter Street East in Peterborough. 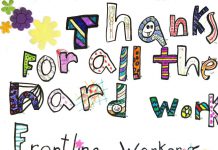