Ricky Gervais returns to Netflix Canada on Friday, April 24th for the second season of the acclaimed Netflix original series After Life. Gervais plays Tony Johnson, a cynical writer for the local newspaper in the small fictional town of Tambury who is struggling to deal with grief after he loses his beloved wife to cancer. In the second season, Tony continues to deal with his grief while attempting to become a better friend to those around him. Will the town’s local amateur theatre production lift everyone’s spirits?

Other Netflix original series include The Circle Game and The King: Eternal Monarch (no release date specified), Brews Brothers (Apr. 10), Outer Banks (Apr. 15), #blackAF (Apr. 17), Cooked with Cannabis and The Midnight Gospel (Apr. 20), Absurd Planet and Win the Wilderness (Apr. 22), Never Have I Ever (Apr. 27), Extracurricular, Nadiya’s Time to Eat, and Summertime (Apr. 29), and The Forest of Love: Deep Cut and The Victims’ Game (Apr. 30).

Other new and returning series include seasons one to six of Community (Apr. 1), season four of Life in Pieces and season one of Surviving R. Kelly (Apr. 18), and season seven of Brooklyn Nine-Nine (Apr. 24).

Here’s the complete list of everything coming to Netflix Canada in April, along with what’s leaving. 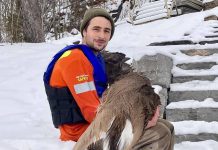 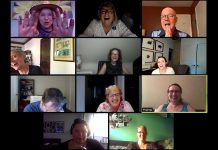 kawarthaNOW - January 15, 2021
Regional active cases increase slightly to 136, with 10 new cases in Northumberland, 5 in Peterborough, and 4 in Hastings Prince Edward.