Home News & Community Adam Scott students who tested positive for COVID-19 know each other and... 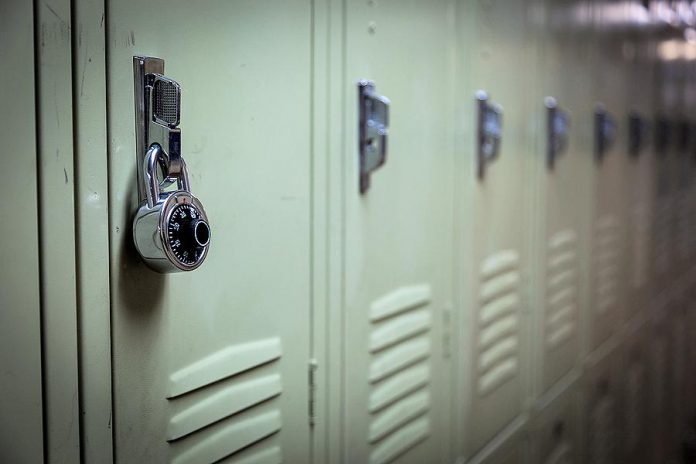 The three students of Adam Scott Collegiate Vocational Institute in Peterborough who have tested positive for COVID-19 know each other and all three cases have been connected to travel outside of Peterborough.

During a joint media briefing held Friday (September 25) with representatives from the Kawartha Pine Ridge District School Board, Peterborough Medical Officer of Health Dr. Rosana Salvaterra described each student’s illness as “mild” but added contact tracing has resulted in a total of 40 people — a combination of mostly students but also some staff — directed to self-isolate.

In addition, the household contacts of each student case have been directed to self-isolate.

“Our preliminary investigation revealed all three (students) had spent some time in the school during the period when they could have been shedding the virus,” says Dr. Salvaterra.

Dr. Salvaterra would not confirm or deny if the three students are in whole, or in part, members of the same family but she did make it clear “they are known to each other.”

Peterborough Public Health advised the high school at 175 Langton Street of the three positive cases on Thursday afternoon (September 24). The school immediately sent an email to all Adam Scott families and posted a notice on the school’s website, advising that the health unit would be contacting close contacts of the three cases.

“By 7:30 p.m. last night (Thursday) we had identified the staff and student cohorts that would need to excluded as possible high-risk contacts,” Dr. Salvaterra said. “Public health staff were able to call all but three of the contacts last night to advise them to stay at home. By early this morning (Friday), everyone had been contacted.”

“At this time we don’t believe transmission occurred within the school. These cases are known to each other and had contact outside of a school setting. For this reason, we have not declared an outbreak (at Adam Scott). The school was advised that it could safely open today and continue to operate until further notice.”

According to Peterborough Public Health, the provincial government defines a school outbreak as transmission between two or more cases in a school setting. A school setting, notes Dr. Salvaterra, isn’t restricted to the school — a school bus or a before- and after-school program also fall under the school setting designation.

However, it does not include social settings outside of the education system where students get together.

“A party at someone’s home on a Friday night is not a school setting,” says Dr. Salvaterra.

“In Ontario we are seeing transmission amongst younger adults and youths and that is not necessarily occurring in schools. It’s occurring at unorganized social gatherings.”

According to Kawartha Pine Ridge District School Board chair Diane Lloyd, any student exhibiting COVID-19 symptoms or “is any way sick” is immediately moved to a designated location within the school and kept isolated until he or she is taken home as soon as possible.

Lloyd added doctor’s clearance has to be obtained before the student would be allowed to return to school.

Under current provincial public health protocols, all students in grades 4 to 12 are required to wear a mask while on school property. Jennifer Leclerc, director of the Kawartha Pine Ridge District School Board, says students who don’t adhere to that directive “will be dealt with very seriously.”

To parents anxious about the safety of their children at school, be it at Adam Scott or any local school, Dr. Salvaterra advises, “Take a deep breath … we’ve got your back.”

“We’re working closely with the schools. I’m very confident that we’ve been able to identify those people that should be self-isolating. To members of the public, if you need to take any special precautions, you will hear from us.”

Meanwhile, Peterborough’s Fairhaven Long-Term Care Home remains in outbreak after a staff member tested positive for COVID-19 last week. Dr. Salvaterra says the situation at Fairhaven is “stable” and, barring no new cases “hopefully that outbreak can be declared over next week.”