As a media conference at Queen’s Park on Thursday (October 29) releasing updated COVID-19 modelling projections for Ontario, Dr. David Williams, Ontario’s chief medical officer of health, pointed out that around 100 of the new cases in Toronto were a result of “extra entry of data”.

“That means our provincial numbers, if we take that off and balance it, we’re still in the range of plateauing around the mid-800s,” Williams said.

At the media conference, Adalsteinn Brown, dean of the Dalla Lana School of Public Health at the University of Toronto who is advising the government, said Ontario is no longer in a “worst-case scenario”, with current modelling projections showing a slower growth of the spread of the virus.

“We’re estimating a steady state level of cases for a while, between 800 and 1,200 cases,” Brown said. “Although cases are continuing to grow, that growth has slowed and we’re starting to see a more gentle curve.”

“The average age of a case is now moving up — it’s now 40 in Ontario,” Brown said. “It creates a bit of a warning signal because it is in the older age population where we see the biggest health and health system consequences.”

With 820 more cases resolved since yesterday, the percentage of resolved cases is unchanged at 85.5%. The positivity rate has decreased by 0.1% to 2.9%, meaning that 2.9% of all tests performed were positive for COVID-19 on October 28.

There have been 10 new deaths, including 5 new deaths in long-term care homes.

“We’re starting to see now a much sharper growth in cases in our long-term care homes,” Brown said. “This is one of the places where we have the greatest vulnerability to infection, and the greatest consequences of infection as we saw in the first wave.”

“On October 9th, there had been only 25 deaths since August 15th — that number is now 85,” he said. “And to put the speed of change now in perspective, we have more deaths in the last week — 27 deaths — than we did between that entire period between August 15th and about October 8th. We’re starting to see a sharply increasing curve of reported deaths in long-term care homes.”

Hospitalizations have increased by 10 to 322, with 7 more patients admitted to ICUs and 1 new patient on a ventilator. Brown said that current modelling shows a slower growth in ICU usage that projected back in September.

Brown cautioned that the projections of slower growth could change at any time.

“This disease, particularly because it can spread so quickly with these super-spreader events, can dramatically turn, and you can have rapid, rapid growth, quite quickly,” he said.

With a total of 35,621 tests completed yesterday, the province has now completed more than 5 million tests since the pandemic began. The backlog of tests under investigation has increased by 6,168 to 40,074.

None of the new cases in Ontario schools and child care settings are in the greater Kawarthas region.

There are currently 15 active cases in the greater Kawarthas region, including 7 in Peterborough, 5 in Hastings and Prince Edward counties, 1 in Kawartha Lakes, and 2 in Northumberland.

Note: in late breaking news, the Haliburton, Kawartha, Pine Ridge District Health Unit declared a COVID-19 outbreak at Warkworth Place, a long-term care home in Warkworth, on Thursday afternoon (October 29) after a symptomatic staff person tested positive for COVID-19. The administration and staff at Warkworth Place are implementing all outbreak control measures including additional environmental cleaning and infection prevention and control measures. The information about this confirmed case is not captured in the data on cases reported today on the health unit’s website or in this story (it will be included in tomorrow’s update).

This report is based on data supplied by the province’s integrated Public Health Information System (iPHIS), as well as any additional information supplied by health units. This information is at least 24 hours old, so it is not real-time data. Note that each health unit reports the information in a different way.

The health unit provides daily reports, including on weekends. 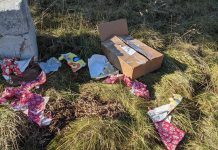 Thefts of delivered packages and items from vehicles in Peterborough increasing, along with resident anger and frustration