Saturday night’s hockey game between the Peterborough Petes and Kingston Frontenacs at Peterborough Memorial Centre will not be going ahead.

The Ontario Hockey League announced on Saturday (January 8) that due to COVID-19 protocols affecting the Frontenacs hockey club, their next three regular season games have been postponed.

This includes the January 8th game against the Petes. The other two postponed games are the Frontenacs at the Mississauga Steelheads on January 9 and at the Oshawa Generals on January 11.

Postponed games will be rescheduled at a later date, with the Ontario Hockey League providing more information as confirmed dates become available.

Saturday night’s game between the Petes and the Frontenacs would have been the first home game played without any spectators, due to the new provincial public health restrictions announced by the Ontario government on Tuesday.

The Petes last played the Frontenacs at home on December 2, losing 6-5. 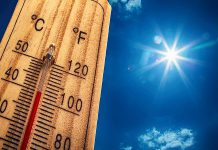 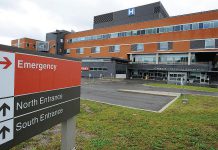 kawarthaNOW - August 7, 2022
With 3 confirmed resident cases and 7 residents isolated, home is closed to further admissions and general visitors.
Send this to a friend