Other Netflix originals coming in August include: 45 rpm, Better Than Us, season two of Mindhunter, season three of Beyond the Lights (August 16); Hyperdrive (August 21); season two of Million Pound Menu (August 27); and The A List, The Dark Crystal: Age of Resistance, and season two of Droppin’ Cash (August 30).

Non-Netflix returning series include season two of The Sinner (August 20) and season five of How to Get Away With Murder (August 22).

Netflix original films are light in August, but include Otherhood (August 2), The Little Switzerland and Sextuplets (August 16), and Falling Inn Love (August 29).

Here’s the complete list of everything coming to Netflix Canada in August, along with what’s leaving. 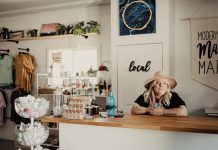