Needles in the Hay proprietor Bridget Allin never dreamed of owning a yarn shop — as she never envisioned herself living in a place where one didn’t exist.

But when Bridget arrived in Peterborough four years ago, she was shocked to see such a dearth of resources for the region’s vast network of craftspeople. What began as a running joke between Bridget and fellow disgruntled knitters led her to launch a business that has become the preeminent destination for Kawartha’s knitting needs.

Sitting comfortably in the plush front window of her welcoming shop, Bridget is a friendly vision with a shock of black hair emerging from the intricate mustard tam she wears.

“What a non-knitter may perceive as being a quaint or dying art is, in fact, more popular than ever.” she explains.

Though many express incredulous delight that the art has made a comeback, it never really went anywhere. And now, thanks largely to the reach-expanding powers of the internet, the knitting community continues to grow.

YouTube how-to demonstrations and online social media sites such as the award-winning Ravelry — think Facebook for knitters; Margaret Atwood is a member — have majorly opened the doors for the knitter who is looking for advice on a difficult pattern or stitch, or who simply wishes to marvel at another’s creations.

Make sure you also check out our previous stories profiling these two successful Water Street businesses:

Despite knitting’s massive online communal presence, Bridget is thrilled to the host the physical headquarters for the area.

“What initially drew me to Water Street was that it was still downtown, but had a different vibe from the rest of it,” Bridget says. “Many of the businesses on Water Street are recent, thriving, and helmed by young owners.”

“They are niche specific, but there is definitely overlap,” she continues. “I often see people from out of town come in to do the Water Street circuit.”

In addition to being an outstanding retail source for yarn, patterns and more, Needles in the Hay also hosts weekly knitting nights that run year round.

Along with the exposed brick and exquisite hand-crafted adornments, the space is punctuated by a large round wooden table for an array of meet-ups and knit-a-longs where all experience levels can gather to swap tips and tricks. 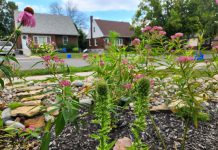 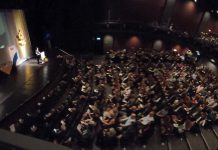 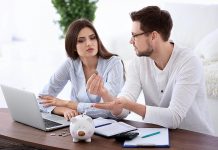